In a riveting speech by Kimberly “Banshee” Guilfoyle’s boyfriend, Don Jr. described Joe Biden as “basically the Loch Ness Monster of the swamp.” Given his surface level understanding of the Scottish Gaelic word “loch” and Vaughn’s background in paleo-cryptozoology, we thought we could do better. Let us know in the comments how we did or how you’d assign the politicians. 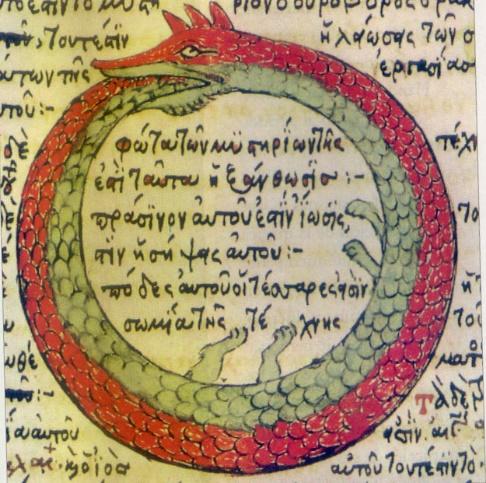 A copy of a 1478 drawing by Theodoros Pelecanos

Joe Biden is less of the Loch Ness Monster and far more of an ouroboros, the mythical snake depicted as swallowing its own tail. Presidential Candidate Biden has a tendency to make gaffs, turn on some policy decisions he’s made before, and bite himself in the ass on national television. The DNC also tried to paint Biden as a symbol of wholesomeness embodying timeless Americana, similarly to the ouroboros symbolising wholeness and infinity. 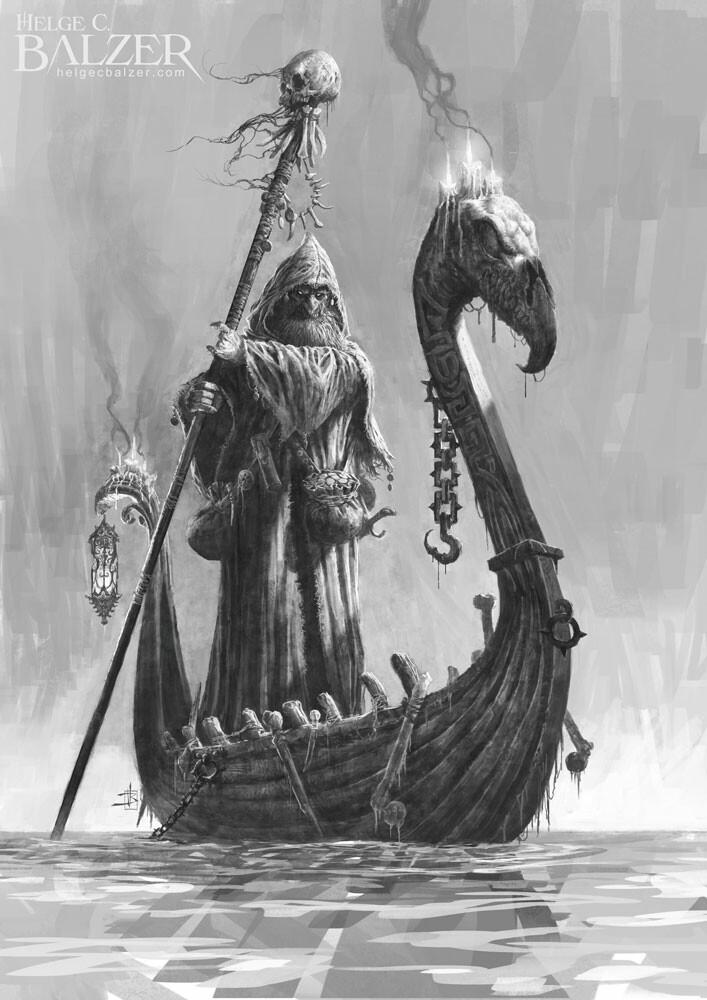 Charon is the ferryman of Greek mythology who carries souls across the river Styx from the land of the living to the world of the dead. Charon is a man of few words and as long as you pay him the right amount, he’ll do his job without any questions asked, much like the Vice President. Plus, if you pronounce Charon in a certain way, it sounds like “Karen,” and there’s nothing more befitting than naming Pence after his wife Karen aka Mother. 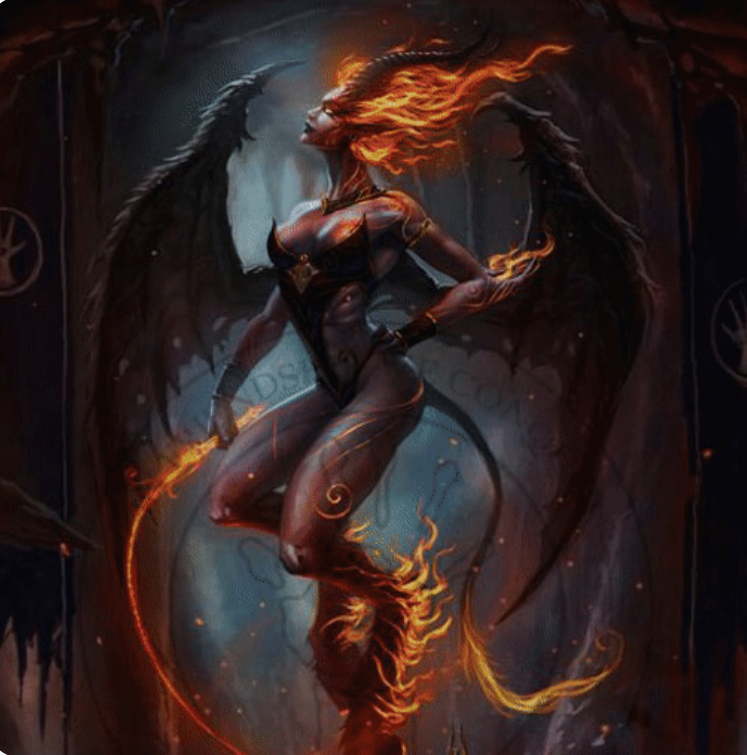 Empusa was an Ancient Greek reproductive demoness, sometimes likened to the modern idea of a succubus. Empusa’s attacks were varied across her references in ancient literature, most commonly because she was a travelling shape-shifter, assuming the figure that could best fulfil her purposes and living on the edges and crossroads of towns, careful not to commit too far into one place or another, similarly to Vice Presidential Nominee Kamala Harris. Infamous for attacks on men using her guiles and wit to ensnare them in a trap of their own making, Harris shut down Joe Biden in the Democratic Primary debates in a move of which Empusa would surely be proud. 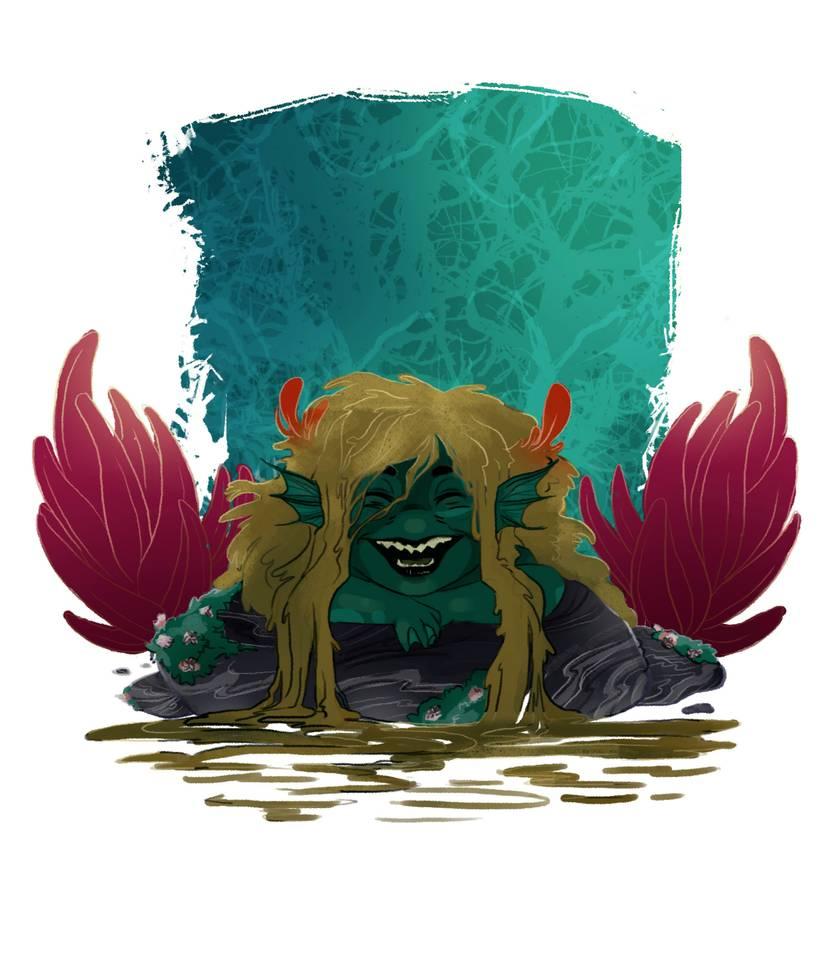 A fuath is a malignant mythical water spirit from the Scottish Highlands, whose name simply means “hate” in Scottish Gaelic. The fuath is described as being covered in shaggy, yellow fur and intermarrying with female human beings of whom their offspring will normally have a mane, tail, or webbed digits. Fuaths hate sunlight and cold steel. Replace “fuath” with “Donald Trump” in these sentences, read it back, and the only thing that will stand out is that time Trump suggested using sunlight to kill the Coronavirus, but even that sounds suspicious. 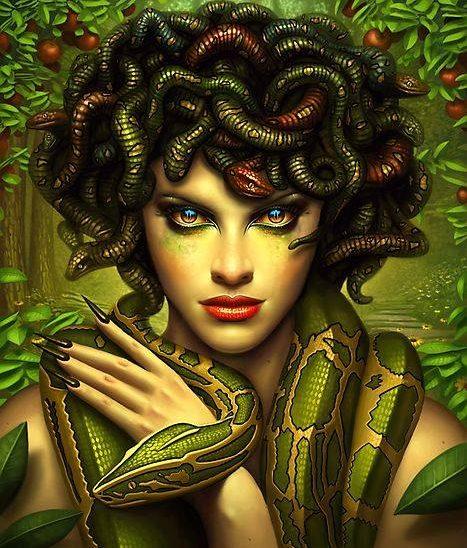 Representative Alexandria Ocasio-Cortez strikes fear into her colleagues and is known for her steely glare that brings many to a stunned silence. The Greek Gorgon Medusa, in recent years, has been re-read as a feminist icon: a young woman attacked by a powerful, corrupt male in the system, punished for her own assault, and empowered by the ability she was granted to turn men to stone for the crimes they committed against humanity. AOC is the Medusa of the House of Representatives and she is here to stay.

Li Tieguai is a Chinese mythological figure of the Eight Immortals of the Taoist pantheon. He is grumpy and irritable, with a short-temper and an undying penchant to help the poor, sick, and needy. Li Tieguai is depicted as an unwashed old man with unkempt hair and often carrying a gourd in which is a special medicine to alleviate the plights of the poor. There is literally no other way of describing Senator Bernie Sanders and his metaphorical gourd of Medicare for All. 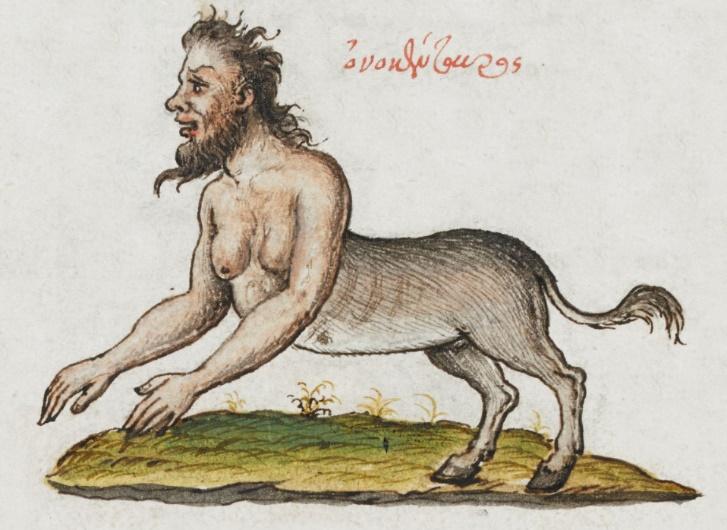 One of these is a pointless, white half-man, half-donkey creature that struggles with its own identity, and the other is the Ancient Greek Onocentaur. 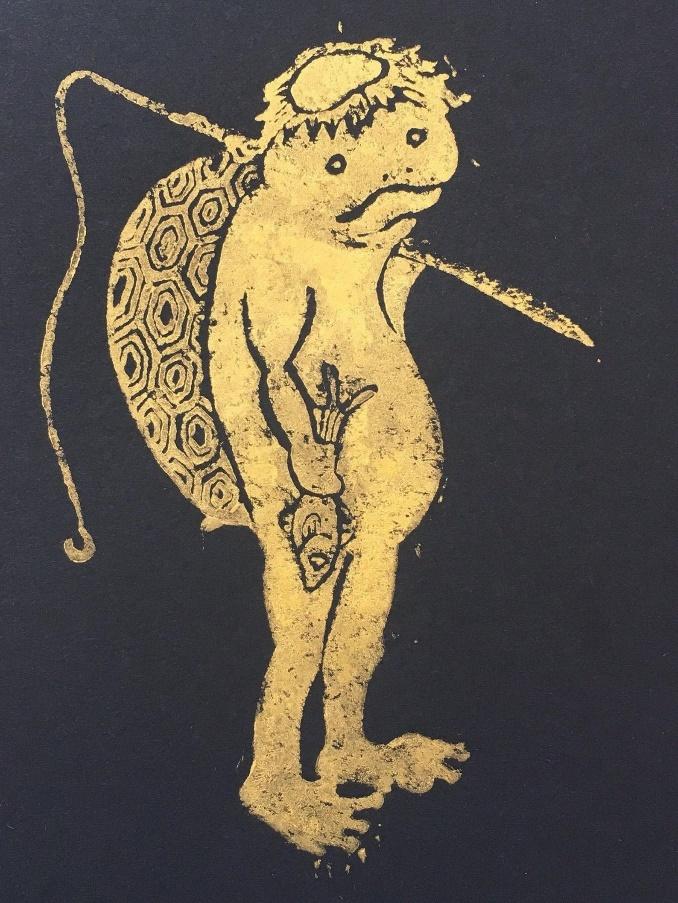 The legendary Japanese Kappa is a malevolent creature that is roughly the size of a child with yellowing skin and hair and sometimes depicted with a tortoise shell over its body and a hollow indentation on its head filled with a power-giving water. The creatures are known for their capacity to keep promises, much akin to the American malevolent tortoise creature Senate Majority Leader Mitch McConnell who has vowed to block seemingly any legislation from passing the Senate floor. Kappa are also known for assaulting humans by entering their anus and pulling out their organs. We’re still waiting to see what McConnell pulls from Trump’s ass, but he has yet to emerge. 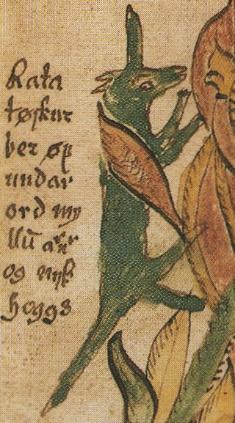 From a 17th century Icelandic manuscript

Ratatoskr is an Old Norse rodent-like creature that carries messages between the eagle atop the world tree Yggdrasil and the serpent who lives beneath the roots. Mayor Pete Buttigieg could easily replace Ratatoskr, as he has no observed allegiance, but rather just runs around constantly with messages he hopes are still relevant. 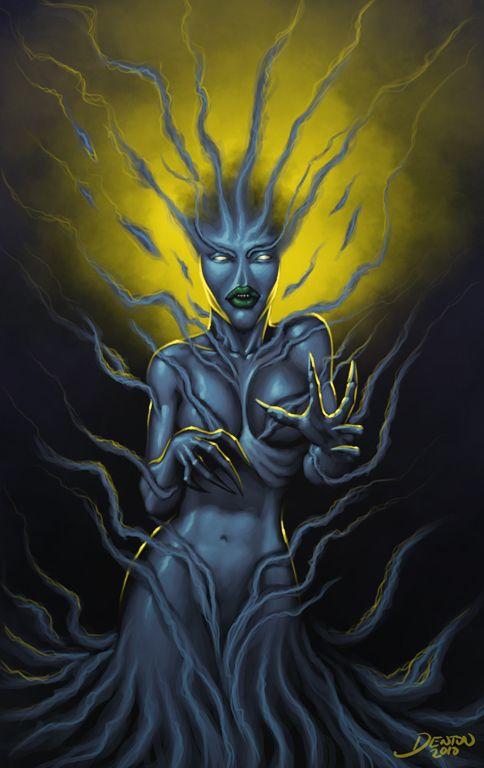 This was the most obvious one that came immediately. The Ancient Greek Mormo and Secretary of Education Betsy DeVos can both be described by a scholiast on Aristides who writes: “Mormo, whose name frightens the children who hear it. They say that she was a Corinthian woman who, one evening purposefully ate her children and then flew away. Forever thereafter, whenever mothers want to scare their children, they invoke Mormo.” Mormo, without cause or inhibition, devoured her children similarly to how DeVos has gutted education opportunities for a nation’s youngest generation without a single care in the world. If only DeVos would fly away into the night, or, more appropriately, into a jail cell. 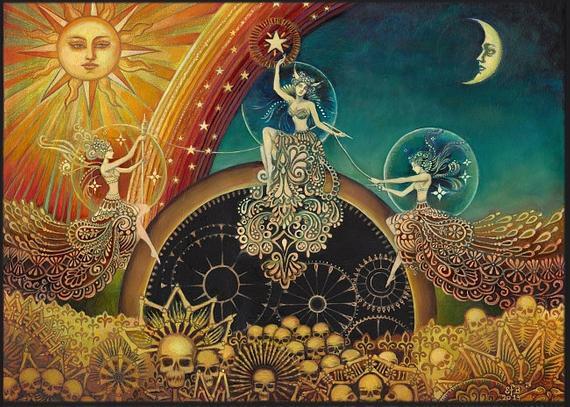 The Ancient Greek Moirai, or more commonly known as the Fates, were a trio of goddesses who had the job of weaving the strands of life. Clotho was The Spinner who spun the thread of life, Lachesis was the Allotter who allotted time to that life, and Atropos was The Inflexible who cut the thread of life at its desired length. The Moirai were the keepers of all the plans of time and human life, and no one in American politics can be better described as the keeper of plans than Senator Elizabeth Warren. 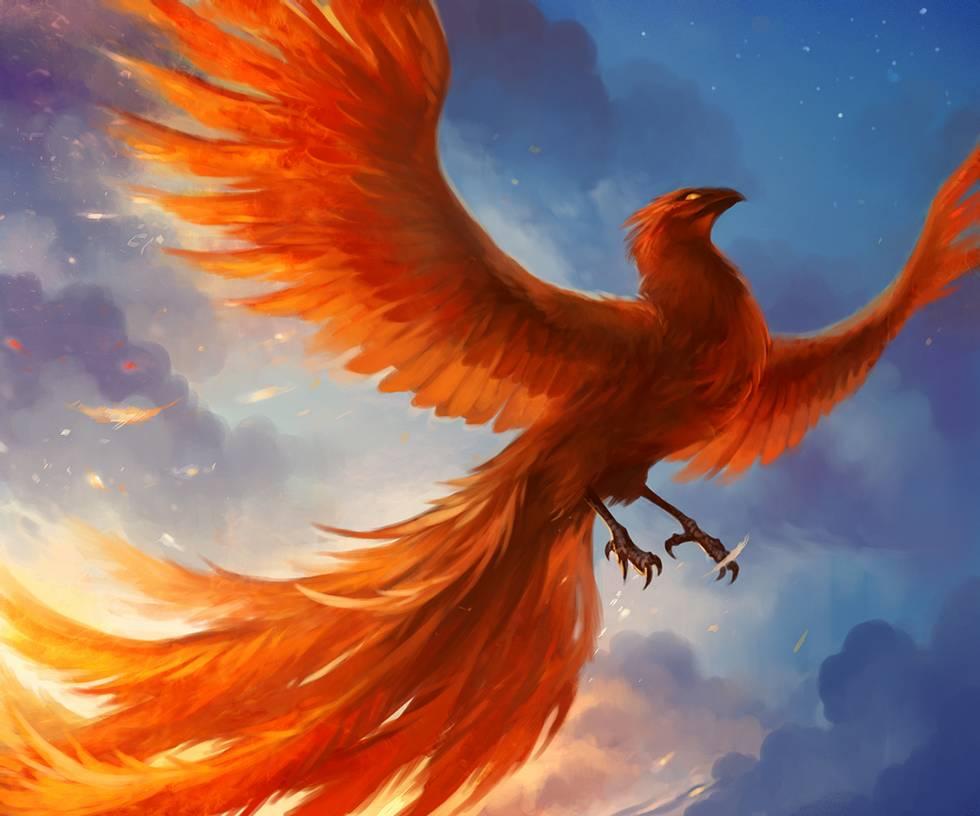 Mitt Romney is a Phoenix because he lights my heart on fire and grows stronger with every defeat (kinda).